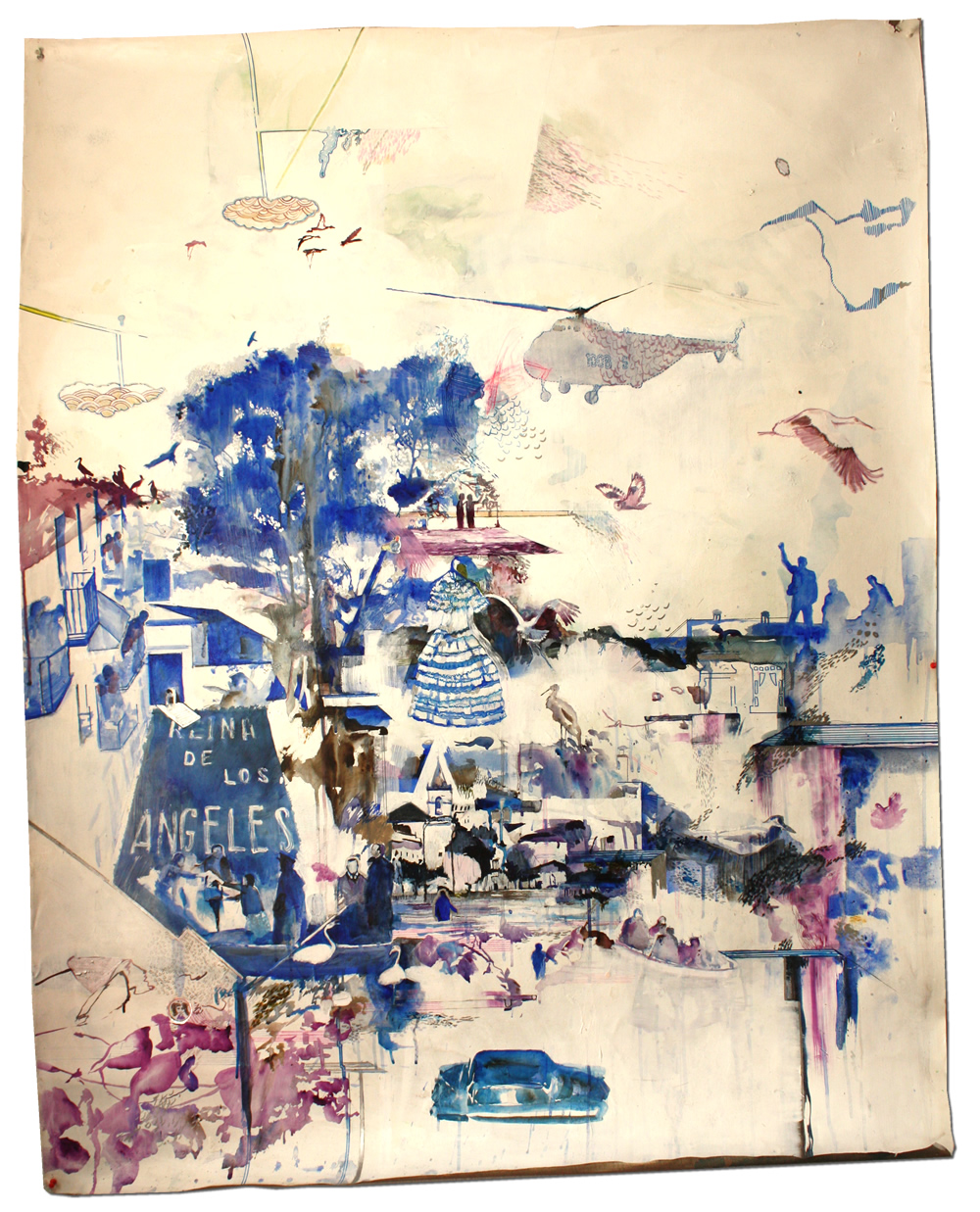 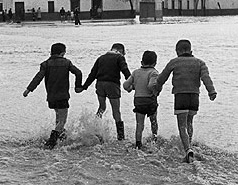 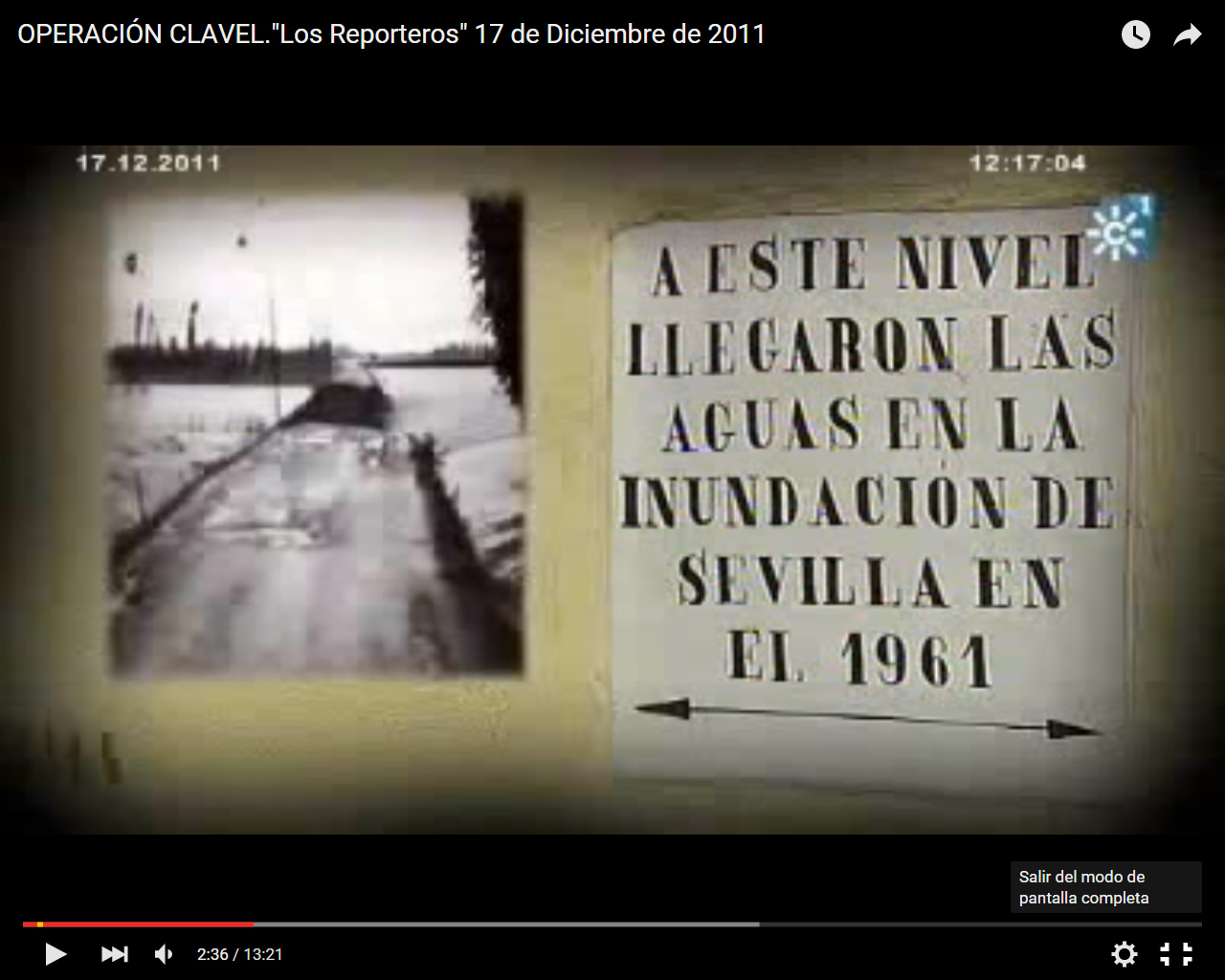 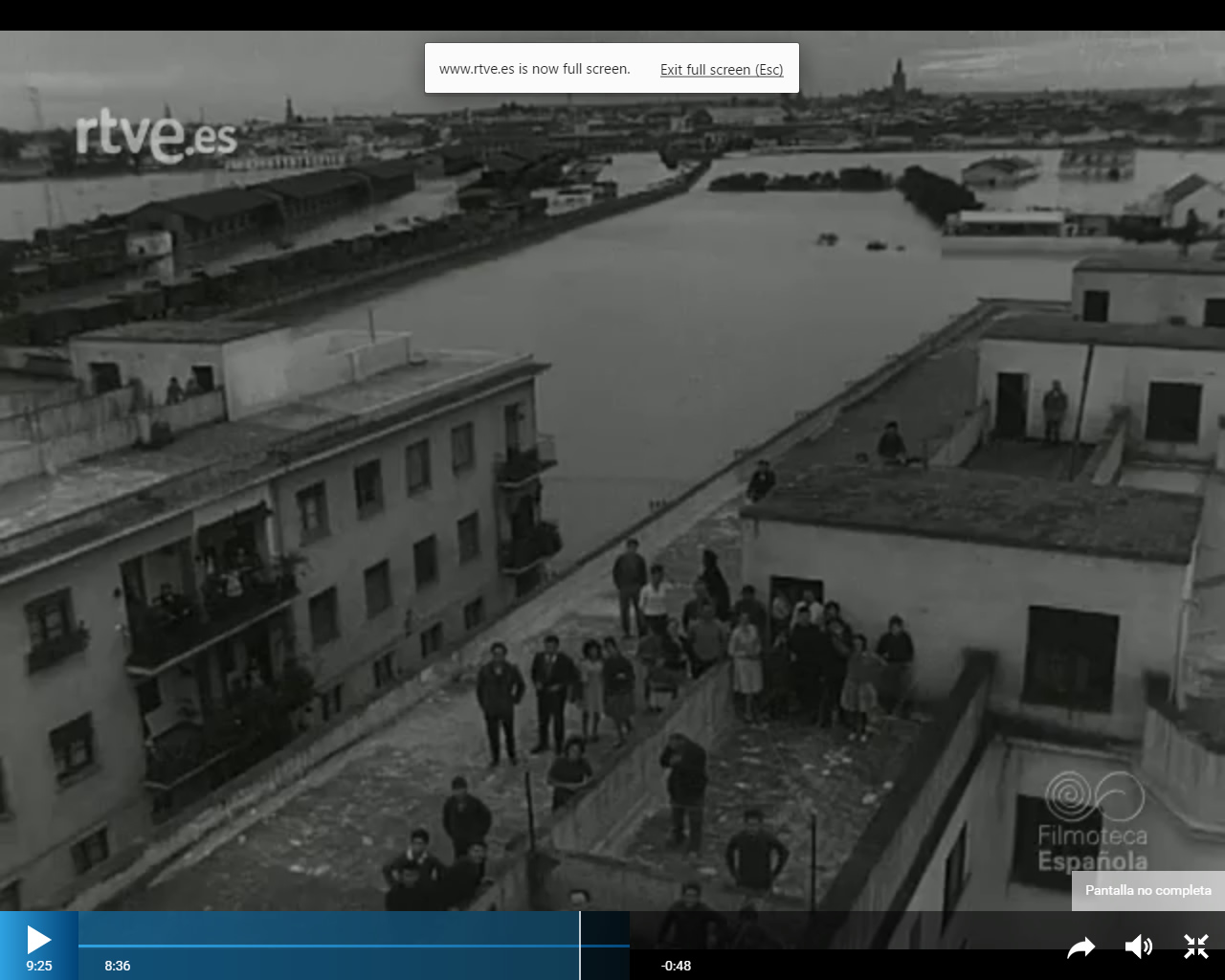 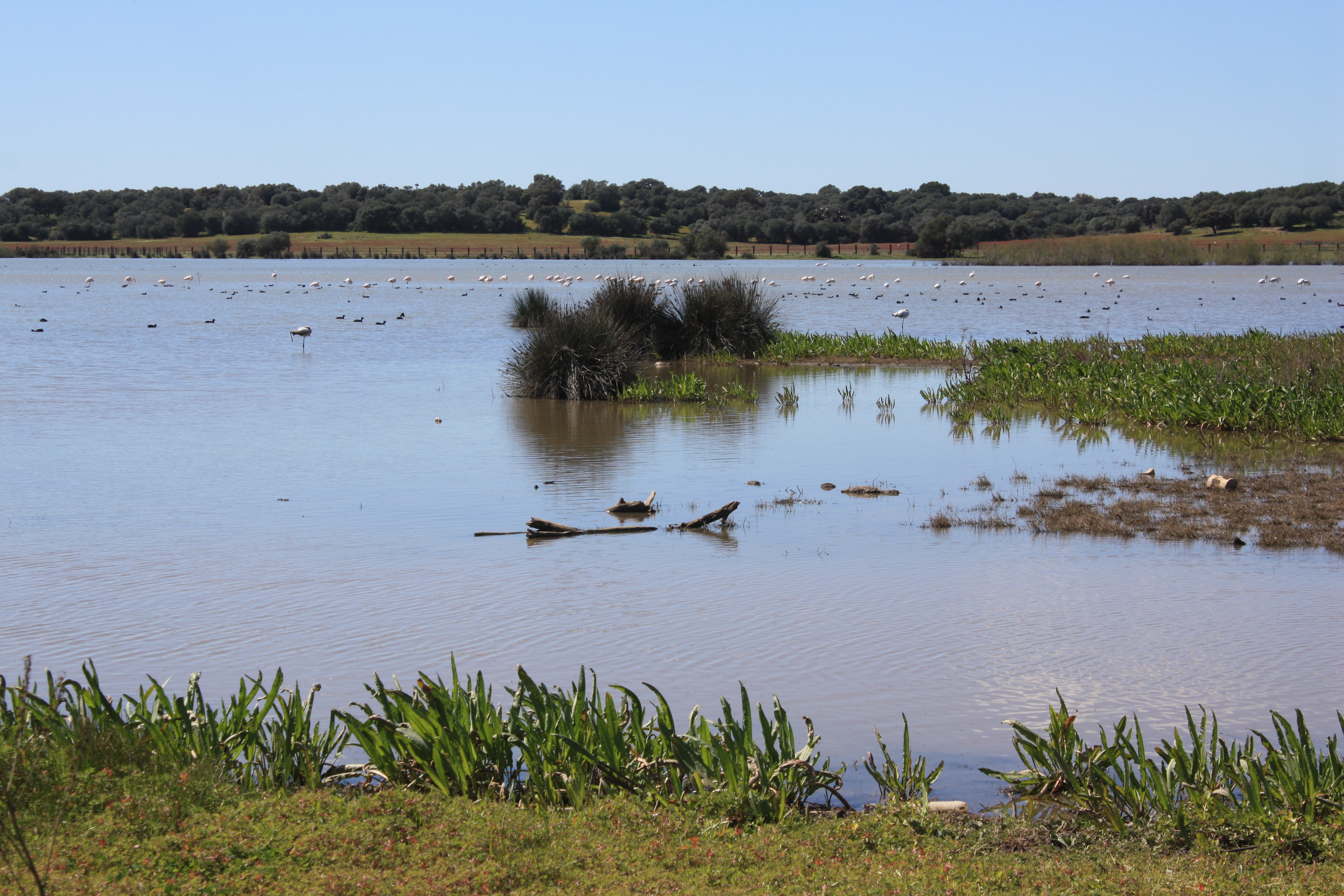 On the 25th November 1961, the Tamarguillo river broke its banks and flooded Seville with four million cubic metres of water in what was the worst flood the city had ever suffered. The magnitude of the tragedy was reflected in the numbers cited immediately after the flood: 552 hectares were invaded by flood waters; 125,000 people were affected – 30,176 of those found themselves homeless.

The worst affected were the poor. 1,600 shacks and substandard housing in the poor neighbourhoods of the city were destroyed completely, 29,386 homes were damned. Excerpt translated from: http://sevilla.abc.es/20111125/sevilla/sevi-cuando-agua-arraso-sevilla-201111242226.html

People have inhabited this fluvial zone, that reaches between Seville and the Atlantic Ocean, for thousands and thousands of years. The famous city of Tarsus, quoted in the old testament, was the ancient city of the Tarshish or Tastessos, was situated in the south-western part of Andalusia. It is even thought that the great Atlantis was one of their cities and there are theories about its location being in the present day wetlands of Doñana National Park just half an hour down river.

In this project, students of 4ºESO* (15 year olds) investigated the story of this flood in their city, collected oral histories and shared what they found. During the morning, after amn initial chat with me, students worked in small groups to research and bring together information about an aspect of the flood and its wider context. Just before lunch we came together to see what had happened during the day. The final day was for presentations. It was the first time that these students had worked on a project in English.

Meanwhile, I started studies and pulling ideas together to create my own visual reaction to the topic, the final piece is still in progress.

Oral Histories and Research in Groups

The students worked in groups to research and report about different aspects of the flood, including interviewing people who remembered it. They made videos and we uploaded them. The students then made subtitles with my help. Some had more help than others as you can see in the translations! The great thing is, they learnt how to do it. Everything about this project, from my point of view, was about stimulating interest and building confidence around working together in English.