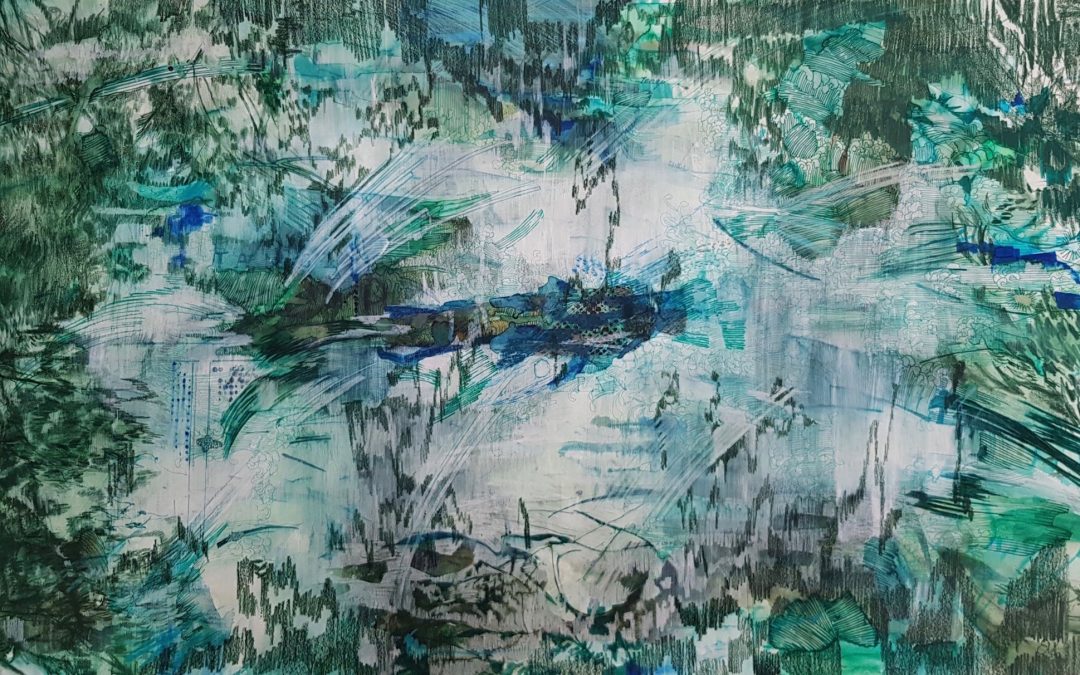 Between October 2018 and July 2019 I made a quiet (not always so quiet) space in a local primary school in Cambridge UK my studio. It was a space where everyone was welcome. I worked there once a week and children could come and see me, talk to me, watch as work progressed, sit with me, draw with me or draw alongside me. Regarding my art practice, that year was about returning to drawing as a practice. I had no idea where it would go. The river near our home was the first place to draw inspiration from.

The work that I made fluctuated between the desire to connect the children to the river that runs beside us, the conversations we had, and the dark events that took place in the world, especially in my home country that cut through everything. On 15 March 2019, two mass shootings, one after the other, occurred in a terrorist attack on two mosques in Christchurch, New Zealand. It made me, as well as many of my fellow New Zealanders sick. We all grieved. My family is not a stranger to the terror of cold-blooded killing at the hands of a person pointing a gun. The image of a person, in some altered state of mind, walking with a gun, raising it, shooting it, I think will haunt me for the rest of my life … In response to the shootings, I found myself drawing ghostly people and holy places and monuments that have been destroyed.

Some might find this combination of drawing strange or incongruous – peaceful river drawings made around children, and drawings about death and destruction. But that is life, is it not? Small moments of joy are found in a chaotic world where a large, mindless wrecking ball swings around precariously.

The writing under some of the work is parts of a protest poem by Meir ben Elijah, of Norwich from the thirteenth century.

The work was shown in our home in Cambridge UK before it went to Aotearoa New Zealand to be shown at Whitespace Gallery in Auckland, in August 2019. I gave a talk there at the exhibition and discussed the project with friends and colleagues throughout the country during my time there.